Michael Vincent Waller http://michaelvincentwaller.com is an Italian-American composer living and working in New York City. Waller's work is expansive in its incorporation of avant-garde sound worlds and connecting them back to a more traditional, classical beauty. His music has been described by the New York Times as ‘sweetly lyrical’ and ‘pensive.’  He has also has studied world music, specifically raga, and focused on modal analysis. Waller's chamber works have been commissioned and performed by the S.E.M. Ensemble, FLUX Quartet, Ensemble Epomeo, Ensemble Dedalus, Eric Huebner, Jenny Q. Chai, String Noise, Hilo String Duo, Zentripedal Duo, Project SiS, Cadillac Moon Ensemble, and many more. Waller has studied with La Monte Young, Bunita Marcus, Petr Kotik, and Elizabeth Hoffman as a graduate of New York University.


Pianists Gumi Shibata http://gumishibata.webcrow.jp and Jenny Q Chai www.jennychai.com have now recorded his Five Easy Pieces available as a download only from https://michaelvincentwaller.bandcamp.com/album/five-easy-pieces 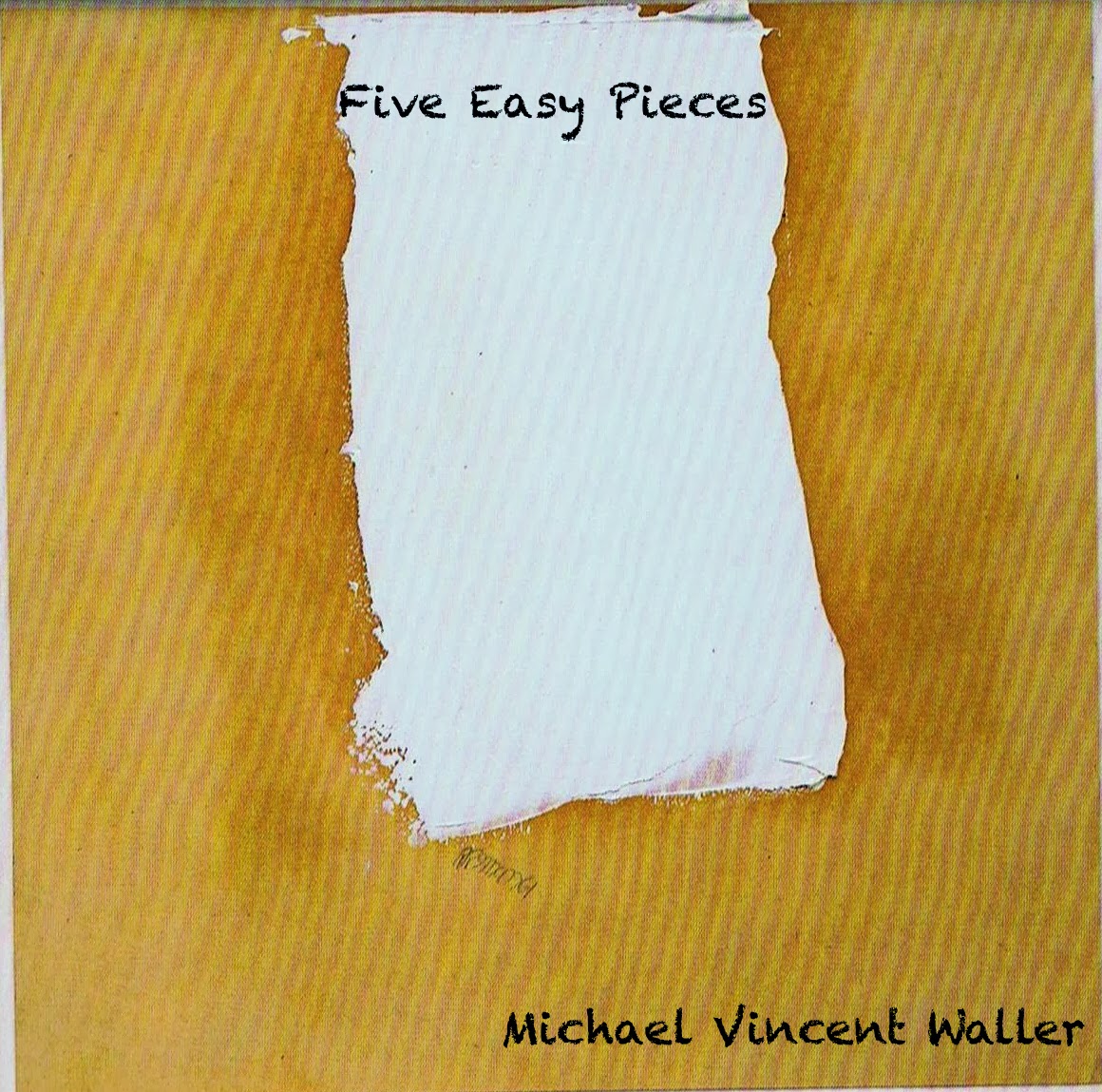 The first work of the Five Easy Pieces, L’anno del Serpente (The Year of the Snake) (2013), opens with an insistent left hand motif as the right hand fills out the melody. The music moves to a rising and falling variation before building in textures, moving through a number of developments of the theme. After becoming more insistent, the music resumes its quieter and gentler nature before the resigned coda. This isn’t minimalist music as such, as Waller merely uses a simpler base on which to build more complex and developed textures.


Ninna Nanna (2013) has a rising and falling melody that is repeated before being subtly varied, though still with a repetitive nature. The opening, rising and falling motif returns, to again be varied. There are many subtleties as the simple theme is worked over. Eventually the music becomes more rhythmic before falling to a momentary halt after which it moves slowly into another variant before drawing to a close.


It is here that the music does seem to pick up on minimalist origins but it is imbued with the haunting nature of Erik Satie.


Per Terry e Morty I (For Terry and Morty) (2012) has a mildly dissonant opening. Again the theme is repeated, another rising and falling motif, before the right hand slowly adds its own decoration before leading to the close.


Per Terry e Morty II (2012) opens with another rising and falling motif but with a more Eastern sounding theme for the right hand. This theme is repeated with insistent chords in the left hand before subtle little changes in harmony occur as the theme moves to a more insistent quality. The music slows as the theme is gently varied with some richer left hand chords, before a gentle variation that leads the music to its conclusion on a resolute chord.


Gumi Shibata, who plays the first four of these pieces, is fully sensitive to all of the colour and texture of these little jewels.


Acqua Santa (Holy Water) (2013) commences with a slow theme that is worked around with subtly changing colours and harmonies. Soon the piano takes up a brighter take on the theme before working through more little variations, so French in flavour evoking Debussy but refracted through a 21st century prism. Eventually the music moves to a more flowing variant before slowing as the theme is subjected to a changing rhythm. It is the slow working out of the theme that leads to a quiet end.


Jenny Q Chai is a sensitive pianist who brings out many nuances in this, the longest of the works on this recording.


These are subtle, finely honed works that hold the attention in a strongly magnetic way and deserve to be heard by a wider audience.


The recording is a little close, occasionally resulting in a wiry resonance on dying notes but it is otherwise clear and detailed.


You can sample these pieces and buy them as a download at:
https://michaelvincentwaller.bandcamp.com/album/five-easy-pieces

Posted by CLASSICAL REVIEWER at 14:58