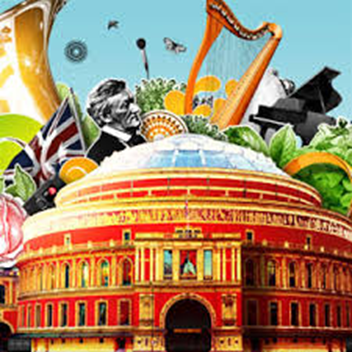 There was certainly a French connection to tonight’s (8th August 2014) BBC Prom www.bbc.co.uk/proms featuring the BBC Philharmonic Orchestra http://www.bbc.co.uk/philharmonic under its Italian Conductor Laureate Gianandrea Noseda www.gianandreanoseda.com together with pianist Benjamin Grosvenor www.benjamingrosvenor.co.uk. The concert opened with Alfredo Casella’s (1883-1947) Elegia Eroica, Op. 29 (1916), dedicated to the ‘unknown soldier.’ Though Italian, Casella studied at the Conservatoire de Paris in 1896 under Louis Diémer and Gabriel Fauré. He was back in Italy during World War I, teaching piano at the Accademia Nazionale di Santa Cecilia in Rome, when he wrote this dark and troubling piece that starts with a passionate cry from the orchestra. It is, in many ways, one of Casella’s most powerful works, a piece of some disturbing emotional content. There are marshal rhythms, hushed sections full of ghostly sounds as well as moments of tragedy and lost innocence all with pervading hints of the Dies Irae. Gianandrea Noseda and the BBC Philharmonic Orchestra picked up on all of the subtleties of this piece in a really fine performance showing a great depth of understanding.


The Polish Frédéric Chopin (1810-1849) spent most of his adult life in France and it was at the Salle Pleyel in 1832 that he made his Paris debut with his Piano Concerto No. 1 in E minor, Op 11 (1830). Benjamin Grosvenor showed tremendous assurance throughout with a lovely rubato, beautifully fluid touch and a real sense of freedom of expression. His was a wonderfully poetic vision showing once again what a remarkably sensitive artist he is. Noseda and the BBC Philharmonic gave admirable support, avoiding any hint of what sometimes can sound like four square orchestral passages, with some beautifully turned phrases.


In his Symphonic Variations Franck set out to weld the piano and orchestra into one substance in which neither dominate. They are variations on a large scale to which Grosvenor and Noseda brought a wonderful cohesion. In the opening there was an almost Beethovenian dialogue between piano and orchestra. This pianist’s poetic strain brought some exquisite moments, capturing the many moods of this piece and together they drew out the symphonic design of the work.


Organist David Goode www.goodeorganist.co.uk joined Gianandrea Noseda and the BBC Philharmonic Orchestra for Saint-Saëns’ (1835-1921) Symphony No. 3 in C minor, 'Organ' (1886). The composer worked simultaneously on this symphony and the Carnival of the Animals, the latter apparently providing light relief. Noseda conjured up some lovely filigree textures showing Saint Saëns’ fine orchestration with fine phrasing and layering of rhythmic lines. It was the quieter moments, as much as the grander passages that brought so much to the music, something that could equally be said for the playing of David Goode. Goode and Noseda achieved a fine balance of organ and orchestra with some lovely textures.


This was a particularly fine performance of this much played and much loved work that, in this conductor’s hands, became totally refreshed with a coda that, nevertheless, did not disappoint in its spectacle.
Posted by CLASSICAL REVIEWER at 13:45