Michael Tilson Thomas and the San Francisco Symphony provide performances that catch so much of Debussy’s atmosphere and colour in live SACD recordings of great weight, detail and presence on a new release from SFS Media

Michael Tilson Thomas creates a palpable sense of mystery and atmosphere right from the opening bars of No. 1 Gigues shaping some fine passages, subtly achieving a rhythmic pulse. He keeps a wonderfully fluid tempo, achieving a really French quality in Debussy’s lovely harmonies. This is a wonderfully atmospheric performance.

There is some very characterful playing from the San Francisco Symphony in Par les rues et par les chemins of No. 2 Ibéria particularly in the brass. They find a terrific rhythm around which Debussy’s harmonies flow. The orchestra’s strings really are quite wonderful, beautifully caught here. They move through some beautifully scented passages, revealing so much of Debussy’s orchestration.  Again Tilson Thomas catches the atmosphere perfectly in Les parfums de la nuit, shaping the music wonderfully, weaving so many colours and textures whilst finding Debussy’s constantly shifting harmonies. They bring a beautifully flexible tempo right through to the atmospheric end. The San Francisco Symphony runs straight into a beautifully judged conclusion of Le matin d'un jour de fête where this conductor shapes the slowly emerging theme exquisitely. The San Francisco Symphony’s leader and principal clarinet provide some especially fine moments as do the whole woodwind section. This orchestra is quite brilliant in this ever changing scene.

There is a beautifully shimmering opening to No. 3 Rondes de printemps before weaving a brilliant tapestry of orchestral sounds. The San Francisco Symphony provides some terrific moments with a real sense of spontaneity from so many individual members of the orchestra, later achieving a terrific forward sweep.

It was for Diaghilev and the Ballets Russes that Debussy wrote what was to be his last orchestral work, Jeux, (poèm dansé) L.126. The premiere at the Théâtre des Champs-Elysées, Paris on 15th May 1913, with Pierre Monteux conducting, was a box office failure. The composer spent the performance in the concierge’s office smoking a cigarette, angry and unable to understand Nijinsky’s choreography.
The San Francisco Symphony bring a beautifully textured opening, soon developing some playful moments before moving through some delightfully animated passages, with Tilson Thomas always keeping an ear for colour, texture and sonorities. There are some wonderfully quicksilver passages showing this orchestra’s tremendous flexibility and ensemble, with this conductor finding much atmosphere, shaping this music so well. There is a moment where the San Francisco Symphony strings show their particularly fine, brilliant texture and later there is some very fine weaving of woodwind around the solo violin. Tilson Thomas and the orchestra capture the fleeting moments in this piece quite brilliantly as well as bringing passages of tremendous vibrancy and brilliance.

La Plus que lente, L.121 is another late work that started life as a piano work written in 1910. Debussy’s travels took him to Budapest where he discovered gypsy style café ensembles, a sound that influenced this work. It was on the insistence of his publisher that the composer finally orchestrated the work. Strings open, soon joined by the distinctive sound of the cimbalom www.britannica.com/art/cimbalom . A waltz appears where, at times, Tilson Thomas and the San Francisco Symphony bring a sultry inflection. They finely shape this music with some beautifully controlled tempi and dynamics, finding many subtleties. Later the cimbalom is heard through some lovely orchestral textures before a particularly fine, beautifully hushed coda.

These are performances that catch so much of Debussy’s atmosphere and colour. The live SACD recordings have great weight, detail and presence and there are notes from Michael Tilson Thomas and Michael Steinberg. Something of a winner.

As I publish my last review before Christmas, I would like to take the opportunity to send Seasons’ Greetings to all of my followers and to all the Record Companies, Publishers and Music PR Companies that have supported The Classical Reviewer during 2016. 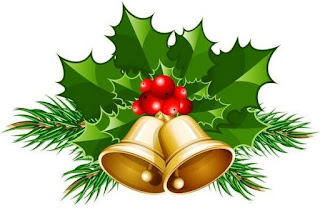 Posted by CLASSICAL REVIEWER at 03:54